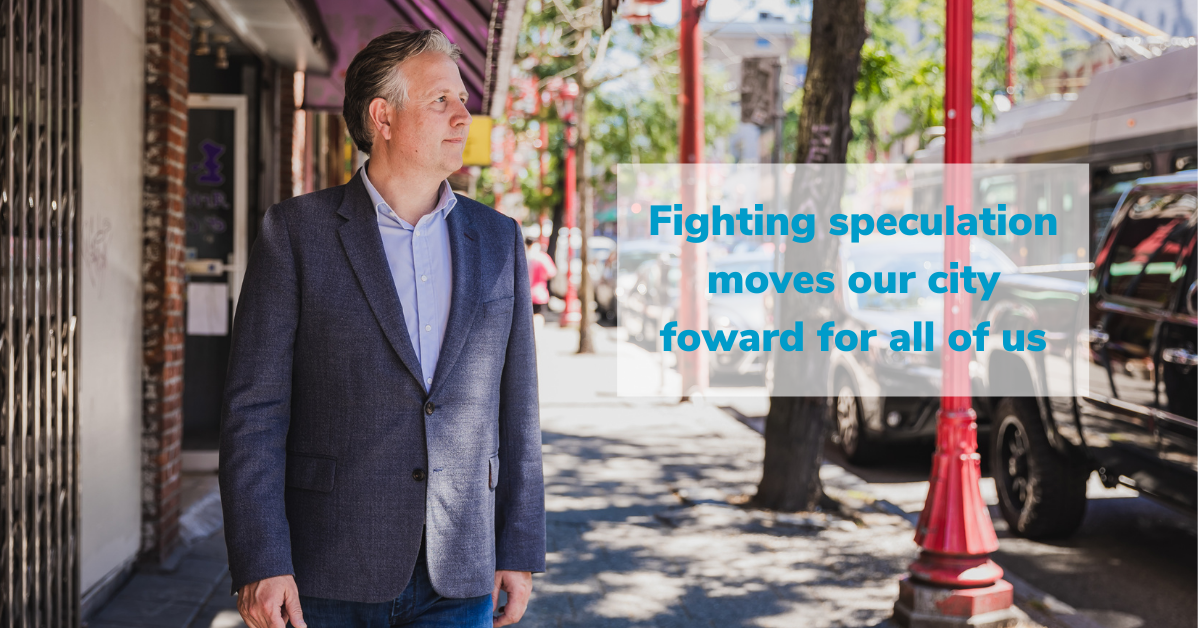 The Mayor believes Vancouver needs the empty homes tax to prevent housing speculation, create new rental units and raise funds for new affordable housing. That is why he followed through on his promise to triple the empty homes tax on speculators in 2020.

Non Partisan Association’s (NPA) @johncoupar and A Better City’s @kensimcity want to end the empty homes tax and give the millions of dollars it raises for social housing back to speculators.

Ken Sim, John Coupar and the NPA: Not working for you.#vanpoli #bcpoli pic.twitter.com/hMk5IDHE12

So far, under Mayor Kennedy Stewart’s leadership the empty homes tax has brought 5,000 new rental homes onto the market and raised over $84 million for affordable housing investments.

If you agree with Mayor Stewart that Vancouver needs to fight housing speculation with the empty homes tax please add your name today!

Support for the Empty Homes Tax

Kennedy needs your support because two Vancouver mayor candidates – the Non Partisan Association’s (NPA) John Coupar and A Better City’s Ken Sim – want to end the empty homes tax and give the millions of dollars it raises back to speculators.

In 2016, the NPA voted against the creation of the empty home’s tax going as far to say:  “They're saying this is going to create a whole bunch of rental apartments — that's bull. That's not going to happen.”

Mayor Kennedy Stewart ran on a promise in the 2018 election to triple the EHT on speculators and when he followed through in 2020, the NPA doubled down by voting against raising the tax on speculators.

While Ken Sim, when he ran for mayor last time, ran against real estate speculation taxes of all kinds, saying they only make housing more expensive.

Thankfully for Vancouver the NPA and Ken Sim are wrong.

Since the introduction of the EHT

Mayor Kennedy Stewart will continue to fight speculation and increase the supply of affordable housing to move Vancouver forward for all of us.

You can learn more here.