Sim and the NPA: Back Again and Looking Backwards 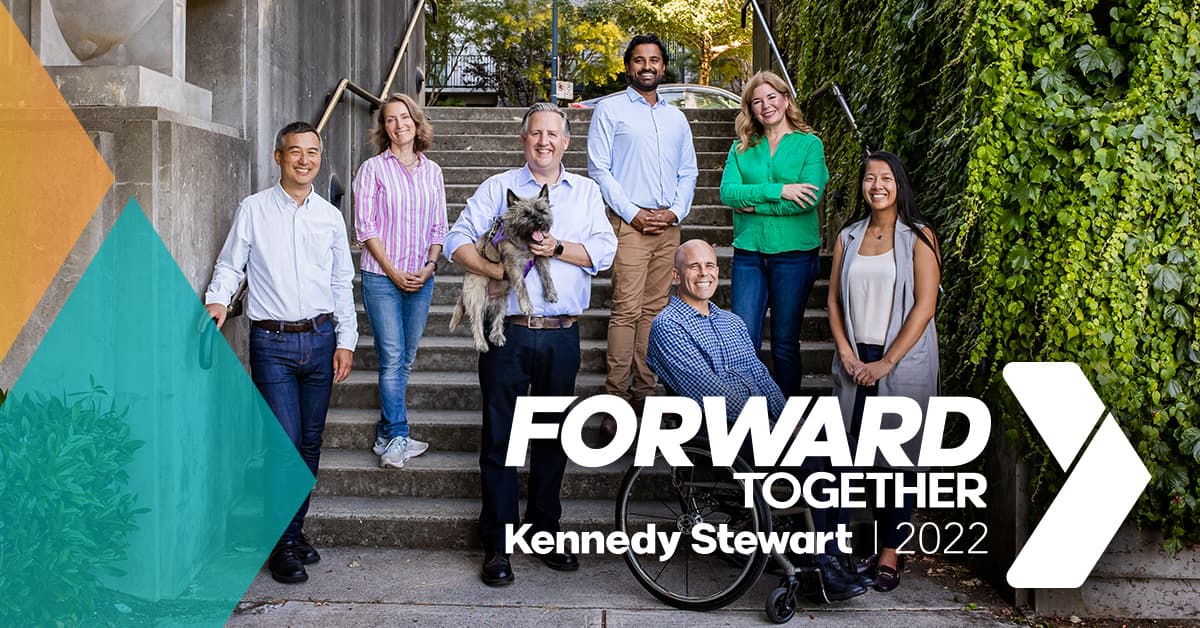 With three former Non-Partisan Association (NPA) councillors joining Ken Sim’s second bid for the Mayor’s office under a new banner, voters should know that the 2018 NPA candidate is talking about cancelling the Empty Homes Tax, favouring speculators at the expense of everyone else, says Forward Together Vancouver Housing Chair Russil Wvong.

“Ken Sim’s opposition to taxing housing speculation highlights the choice in the next municipal election,” says Wvong. “Besides raising money for affordable housing, the Empty Homes Tax provides a strong incentive for investors to rent homes instead of just leaving them empty and speculating that the price will go up.

“Why would anyone support building more housing just to leave it empty?” asks Wvong. “Ken Sim’s talk of cancelling the Empty Homes Tax shows he has not shed his small-c conservative NPA past. He’s trying to hold onto the NPA coalition. Now, he’s welcomed three former NPA councillors to his team, two of three who voted against raising the Empty Homes Tax.”

In 2020, Kennedy Stewart tripled the Empty Homes Tax, which has raised over $100 million for affordable housing, and added more than 5,000 homes to Vancouver’s long-term rental market. The NPA opposed the Empty Homes Tax when it was first introduced, and newly-minted A Better City councillors Lisa Dominato and Sarah Kirby-Yung voted against raising the tax to three percent.

“In addition, the councillors elected under the NPA banner have consistently voted against funding public services in three consecutive budgets,” says Wvong. “I’m not sure how anyone could reasonably argue that with a growing city, a brutal shortage of affordable housing, and the enormous disruptions caused by COVID, there isn’t a clear need for more public services. Ken Sim and his team will cut services and hurt working families – the NPA has a track record here.”

Wvong says that unlike Ken Sim and the NPA, Kennedy Stewart is working to build a city where everyone – including younger people, renters, and families with children – can live, not just rich people. He says the Mayor led the city through the COVID crisis and is making good progress on the issues that matter to residents.

“Kennedy Stewart is pushing hard for more rental housing, not just condos, and building more affordable housing than any mayor in Vancouver’s history. He’s fighting hard for complex-care housing for the high-need street homeless, and advocating for safe supply to save lives. And he’s leading a strong recovery with major infrastructure projects, like the Broadway Subway line.

“Elections matter. The choice is between Ken Sim and the small-c conservative NPA team, who are looking backwards, or moving forward together with Kennedy Stewart and his team.”