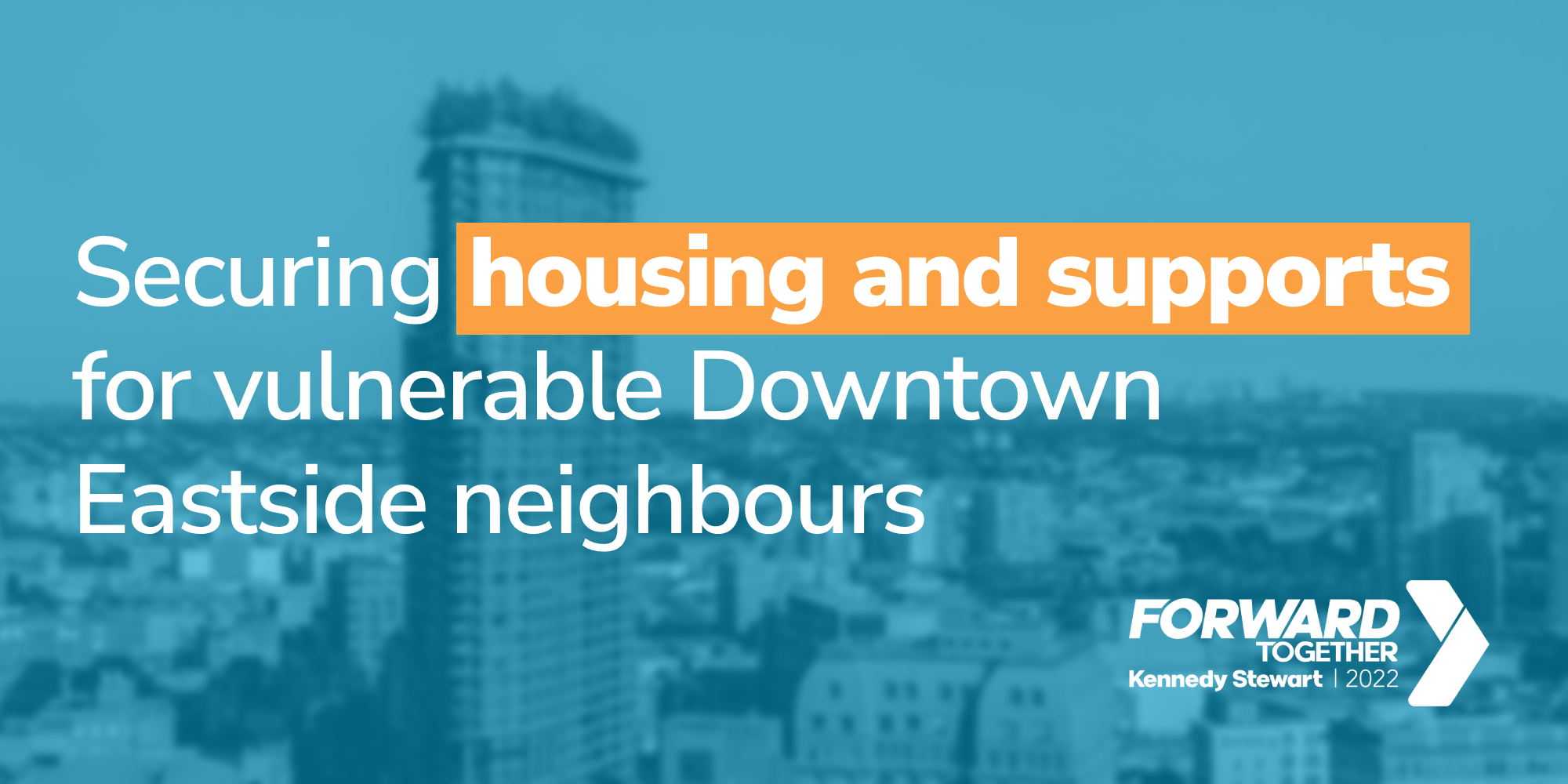 Vancouver, BC; August 4, 2022 – As City of Vancouver staff and partner agencies work to fulfill a Vancouver Fire and Rescue Service fire order along Hastings St., Mayor Stewart is providing an update on actions taken, as well as his outreach to the federal government and our provincial partners.

“On July 25, Vancouver’s Fire Chief Karen Fry issued an independent order to remove tents and structures along sections of East Hastings Street to address urgent safety concerns,” said Mayor Kennedy Stewart. “Since that time, the City has ramped up resources to support our neighbours living along the street, including spaces for the storage of personal belongings, drop-in spaces, street cleaning, washroom access, peer support services and activating the Carnegie Outreach team.”

“Over the past few weeks, I have also been coordinating with key stakeholders including the Vancouver Police Department, non-profit housing and social service providers, and business improvement associations to identify additional supports and housing space,” said Mayor Stewart. “However, while the City is assembling these supports, continued and expanded operations require significant investments from our federal and provincial partners, to address the immediate, as well as long-term solutions, like housing, complex care and culturally-appropriate services.”

“This is an urgent and complex situation, and solving it will require long-term, co-ordinated action across jurisdictions,” said Mayor Stewart. “Earlier this week, I spoke with B.C.’s newly-appointed Housing Minister Murray Rankin on how together the City and Province can have a coordinated approach to connect unsheltered residents to housing that preserves their dignity, respects the need for culturally-appropriate services for Indigenous people, and considers the needs of the surrounding community.”

“In addition to the Province, I have also reached out to the Government of Canada to secure additional urgent housing funding and other supports,” said Mayor Stewart. “Vancouver has been home to a significant homeless population since starting an official homeless count in 2005 and the pandemic has only made matters worse, requiring all three levels of government to come together to take concerted and sustained actions.”