Vancouver, BC; February 9, 2022 — Mayor Kennedy Stewart has released the following statement on today’s B.C. Coroners Service report showing 2021 as the deadliest year yet from poisoned drugs in the province:

“Today the B.C. Coroners Service confirmed what we already know: that a catastrophic failure of health policy and inaction by senior governments has resulted in the unnecessary deaths of another 2,224 brothers, sisters, mothers, fathers, children, friends, loved ones and neighbours across our province in 2021.

The time for more talk has long since passed. If this was a poisoned food crisis, or a poisoned medicine crisis, we would not be here year after year. The fact that we have yet to see a coordinated, senior-government-led, all-agency approach is as outrageous as it is tragic.

Neither senior level of government has even taken the first step of setting overdose death reduction targets even though we are six year into this official public health emergency. 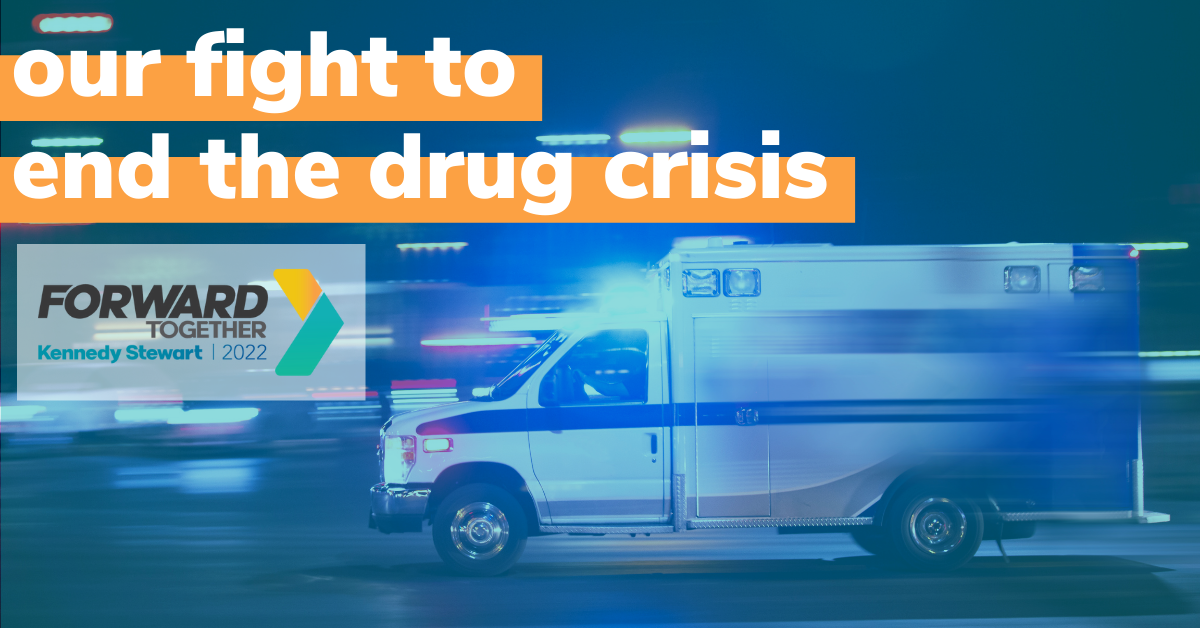 Drug overdose deaths are occurring with alarming frequency in communities right across B.C. and Canada. Mayors are working flat out to respond to the crisis, but increasingly it feels cities are working alone. These are federal and provincial responsibilities which they need to embrace and act upon.

As Mayor, I have championed a three-pronged approach to make up the lack of action by senior governments.

Today I call on both the federal and provincial governments to take ownership of this issue, stop offloading their responsibility to municipalities, immediately set metrics and targets to reduce deaths from poisoned drugs, and produce a public timeline and roadmap to show how they are going to meet these targets.

We need a clear plan of action to save lives, otherwise these unacceptable deaths will continue.