Extend the subway all the way to UBC! 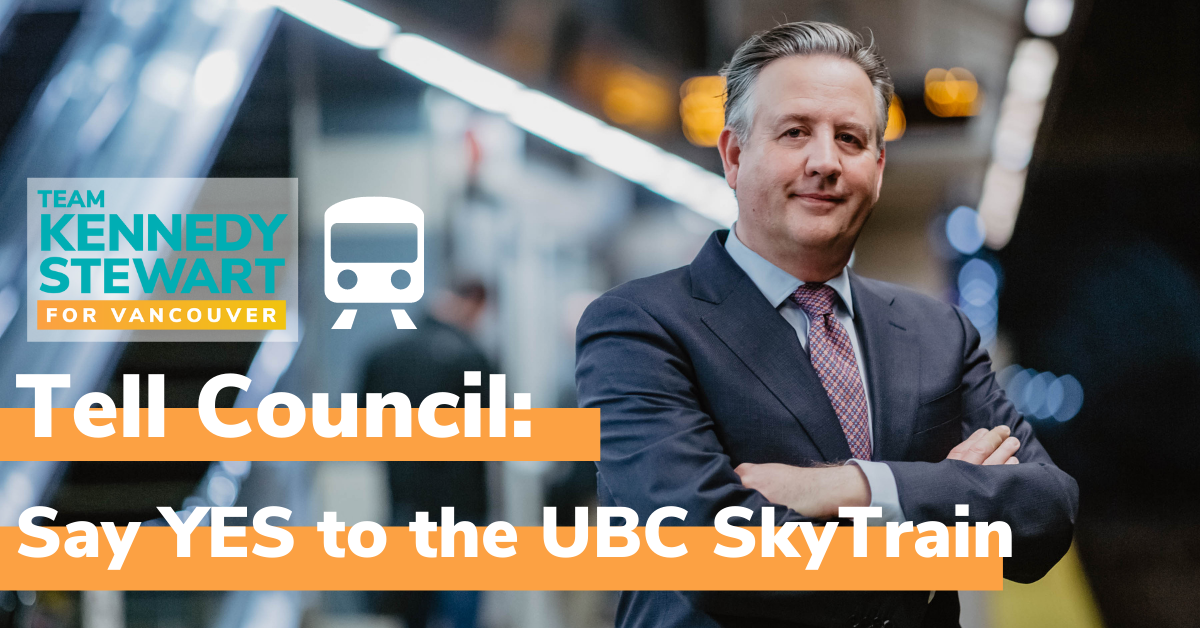 Mayor Kennedy Stewart is working hard to extend the Broadway Subway all the way to UBC (UBCx) to move Vancouver and our province forward.

Just last year Kennedy secured funding from the provincial and federal governments for the UBCx business case and now you have the opportunity to help the project take the next critical step.

This spring Vancouver City Council will vote yes or no on the proposed route for UBCx and they need to hear you support moving the project forward.

Join Kennedy in calling on City Councillors to support UBCx. Tell them you want to help create good local jobs while combating climate change and reducing congestion by taking 3,000 cars off the road per day.

Extending SkyTrain to UBC already has strong local and regional support, with the City of Vancouver, the Musqueam Indian Band, the Squamish Nation and the Tsleil-Waututh Nation all firmly behind this project. Kennedy needs your help to make this project a reality.