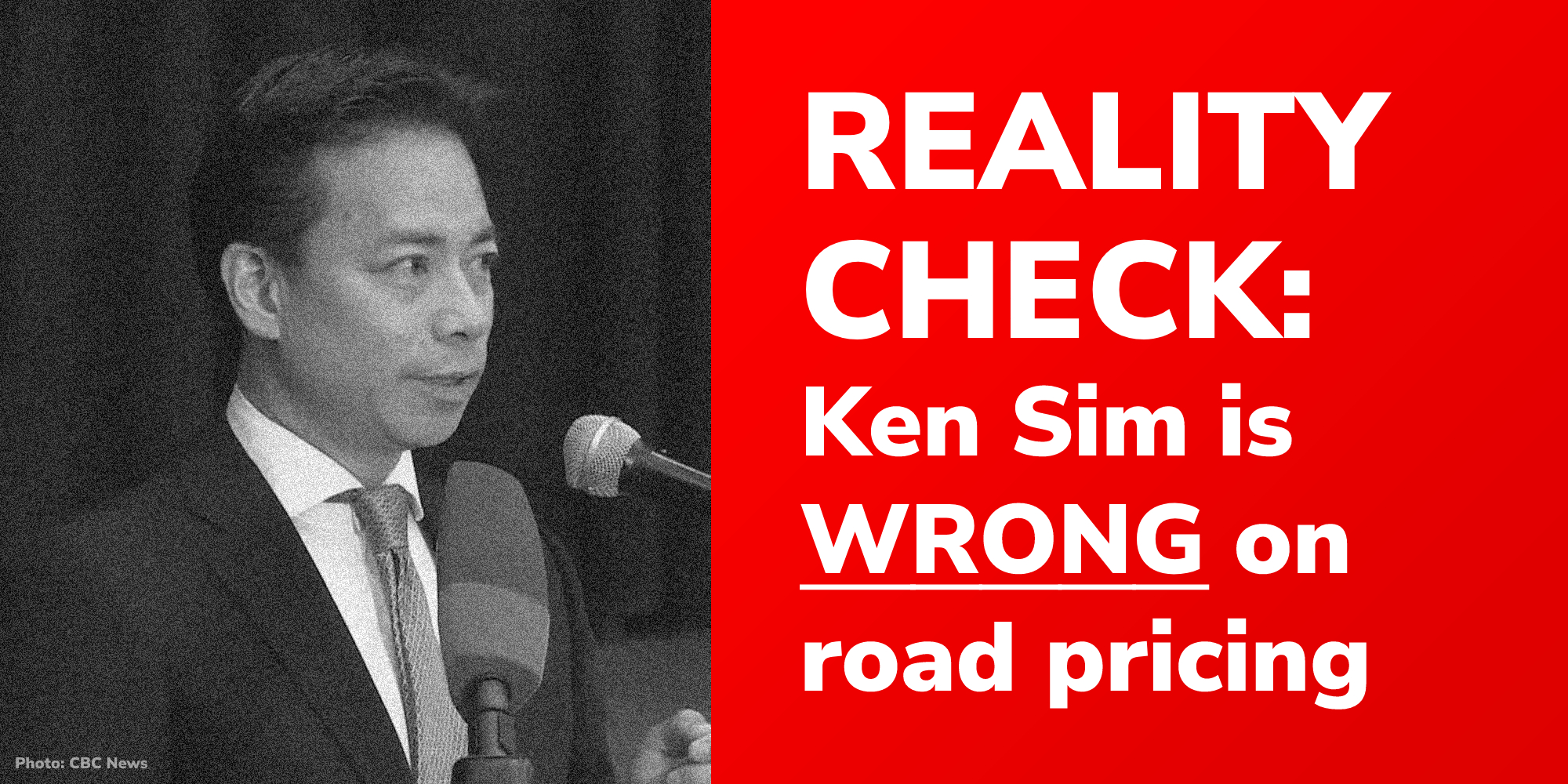 Vancouver, BC; July 11, 2022 – After months of avoiding a strong stance on key issues like the Broadway Plan, the Capital Plan and the Vancouver Plan, Ken Sim is now resorting to made-up attacks about mobility pricing that just don’t make sense and are meant to distract Vancouver voters.

Despite Sim’s claims, the reality is:

Here are the facts:

FACT: As part of Vancouver’s larger Climate Emergency Action Plan, staff were asked to study mobility pricing, thanks to an amendment by Ken Sim’s ABC Councillor Rebecca Bligh who said she believed it could be “a fair and equitable tax.” Source

FACT: Mayor Kennedy Stewart said the “City of Vancouver does not even have the legal authority to put something like this in place,” and just this week city management re-confirmed that Vancouver has no authority to bring in mobility pricing. Source

FACT: City management confirmed last week no work is being done by staff on implementing a City of Vancouver-road pricing system. Source

Mayor Kennedy Stewart is building a city that works for all of us by extending the Millennium line to UBC, passing the Broadway Plan with the strongest renters protections in Canada, and shifting housing supply away from luxury condos to middle-class rental homes.

Ken Sim, on the other hand, is not working for Vancouverites. And with no solutions for our city's big issues, he’s focusing on imaginary problems instead.