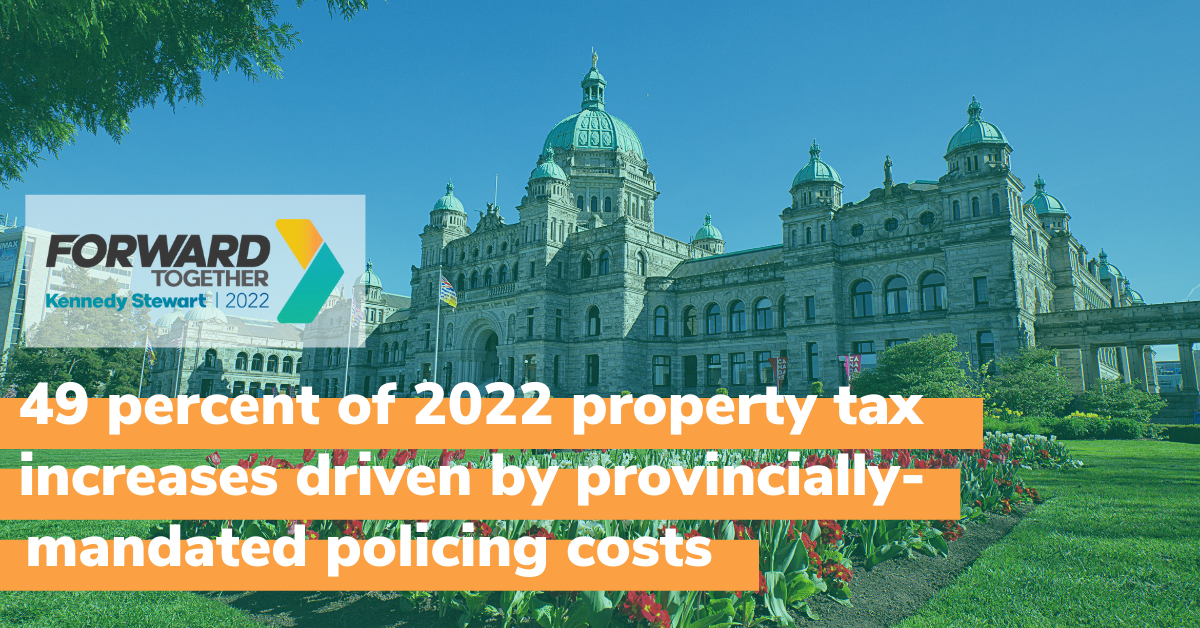 Vancouver, BC; April 12, 2022 – Following the Province’s decision to override Vancouver City Council’s 2021 budget and provide an additional $5.7 million in funding to the Vancouver Police Board, Council voted today to fund the increase from reserves with no additional tax increase.

The Province’s decision removes the last area of control over policing from elected Councils and clarifies the Police Board as an independent taxing authority with the ability to set their own budget –much like Translink or Metro Vancouver.

“The Province’s decision makes clear to residents that Vancouver City Council has zero oversight over policing, something that accounts for 20 percent of the city’s operating budget,” said Mayor Stewart. “This means that the 2022 property tax increase amounts to just 2.9 percent for priorities voted on by Vancouver City Council, and the rest is made up of independent taxing authorities like Translink, Metro Vancouver, and now the Vancouver Police Board.”