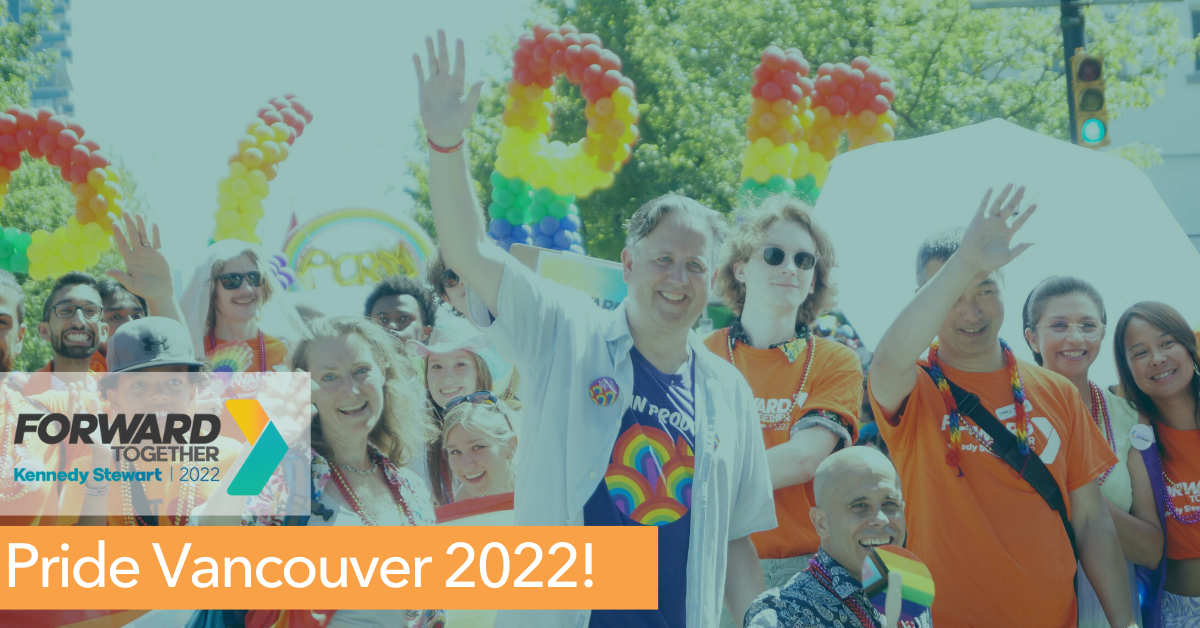 Sunday, July 31st was the 2022 Pride Parade in Vancouver -our first time back since 2020 and I'm so excited to be #TogetherAgain!

The past two years have been incredibly challenging for everyone in our city, but it has been especially difficult for members of our community who have traditionally faced marginalization and exclusion.

We like to think of ourselves as an inclusive city, where all residents have the right to live free from discrimination of their sexual orientation or gender identity. But we know that too often this isn’t the case.

When the pandemic forced us all to retreat inside and online, it slowly made space for the darker parts of our world. Violence and hatred towards the queer community, towards people of colour, towards women, all rose significantly. People who had been used to feeling safe suddenly felt less so.

I want you to know that I care about this deeply. Everyone deserves to feel safe in our city. And a big part of feeling safe is having a voice. That is why this year’s unprecedented focus on QTBIPOC organizations across Vancouver is so important. Lifting up the voices of racialized people is a critical step in building a Vancouver that is more equitable and just.

At the City of Vancouver, we have worked hard to recenter our work around equity and justice. For example, recognizing that 2SLGBTQ+ community members are twice as likely to experience severe poverty and housing precarity, we announced the purchase of Ross-Aoki House in order to create B.C.'s first supportive housing project for trans- and gender-diverse people.

Over the past two years alone, the City has also contributed almost half a million dollars in grants for the queer community, including for cultural spaces, operating funds, and projects.

And just a few weeks ago, I was proud to see the final lease agreements in place for the new permanent location for Qmunity as part of a City of Vancouver mixed-use social housing project at the corner of Davie and Burrard.

These investments and many others that support the queer community are vital. Not just because they serve people in need, but also because they are tangible symbols of how taking up space – real physical space – matters.

And that’s why I’m so grateful that Pride is back, live, and on our streets. It is a physical reminder of the path we have walked, the progress made, and the work still left to do.

But most importantly, it is a loud, colourful, and unapologetic rebuke of racism, misogyny, homophobia, biphobia, and transphobia. It is an antidote against hate. It is love.

To each and every person who helped get us here, thank you for helping build a Vancouver for all. 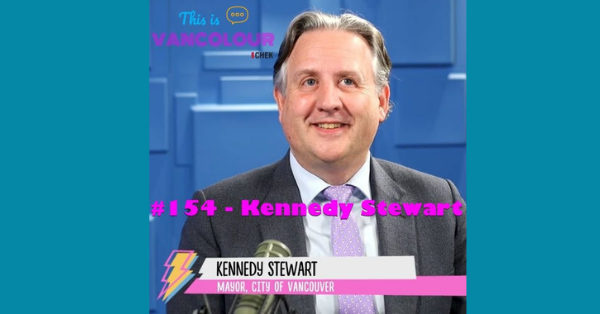