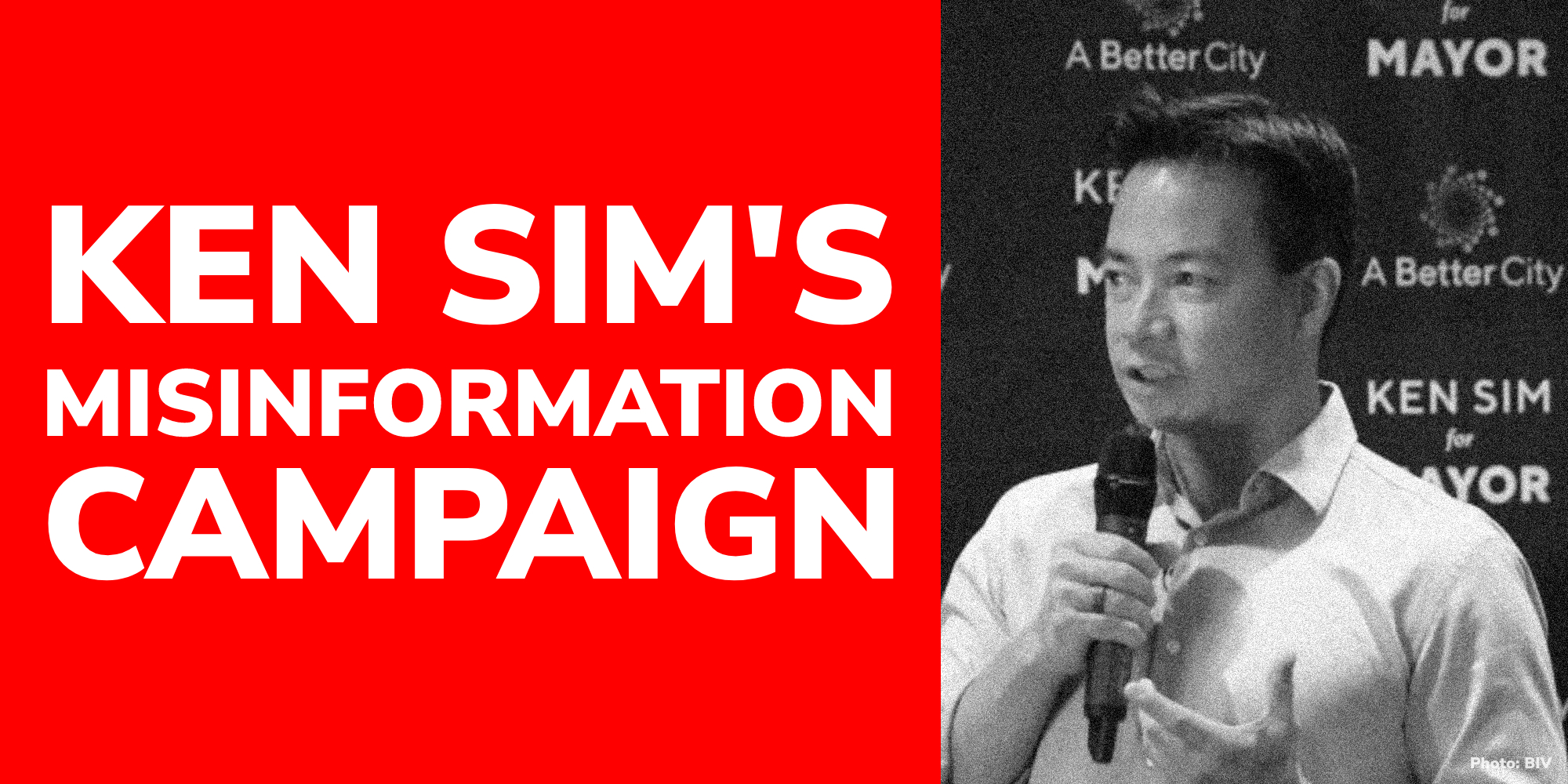 VANCOUVER, BC; August 29, 2022 – Ken Sim and his ABC candidates have resorted to U.S.-style misinformation politics to scare voters about a road pricing plan that doesn’t exist. The Forward Together campaign is calling on Ken Sim to come clean and immediately pull the ads that falsely claim that a road tax will be implemented in Vancouver.

“Ken Sim knows there’s no plan to implement a City of Vancouver road tax,” said Forward Together council candidate Alvin Singh. “Moreover, he knows full well, Rebecca Bligh, his own ABC team member, was the councillor who asked staff to study the tax in the first place. Another one of his ABC councillors, Sarah Kirby-Yung, is even on the record saying such a tax is impossible for Vancouver to implement.”

“But to top it off, every single ABC councillor voted yes to fund the study Ken Sim is now using to mislead Vancouver voters,” said Singh. “This is the beginning of a U.S.-style campaign that can only harm our democracy. Ken Sim needs to come clean with residents and pull the ads immediately.”

“ABC has recently ramped up its negative U.S.-style misinformation campaign, spending tens of thousands of dollars on expensive radio ads, direct mail, bumper stickers and social media, all aimed at creating confusion and fear in order to win this fall’s municipal election,” said Singh. “If Ken Sim is willing to make up fake news about a non-existent tax to win votes, Vancouver residents should be very worried.”

Publicly-launched in April 2022, Forward Together is the electoral organization that supports Mayor Kennedy Stewart and his team of city council candidates – Dulcy Anderson, Hilary Brown, Alvin Singh and Russil Wvong – for this fall’s Vancouver municipal election.