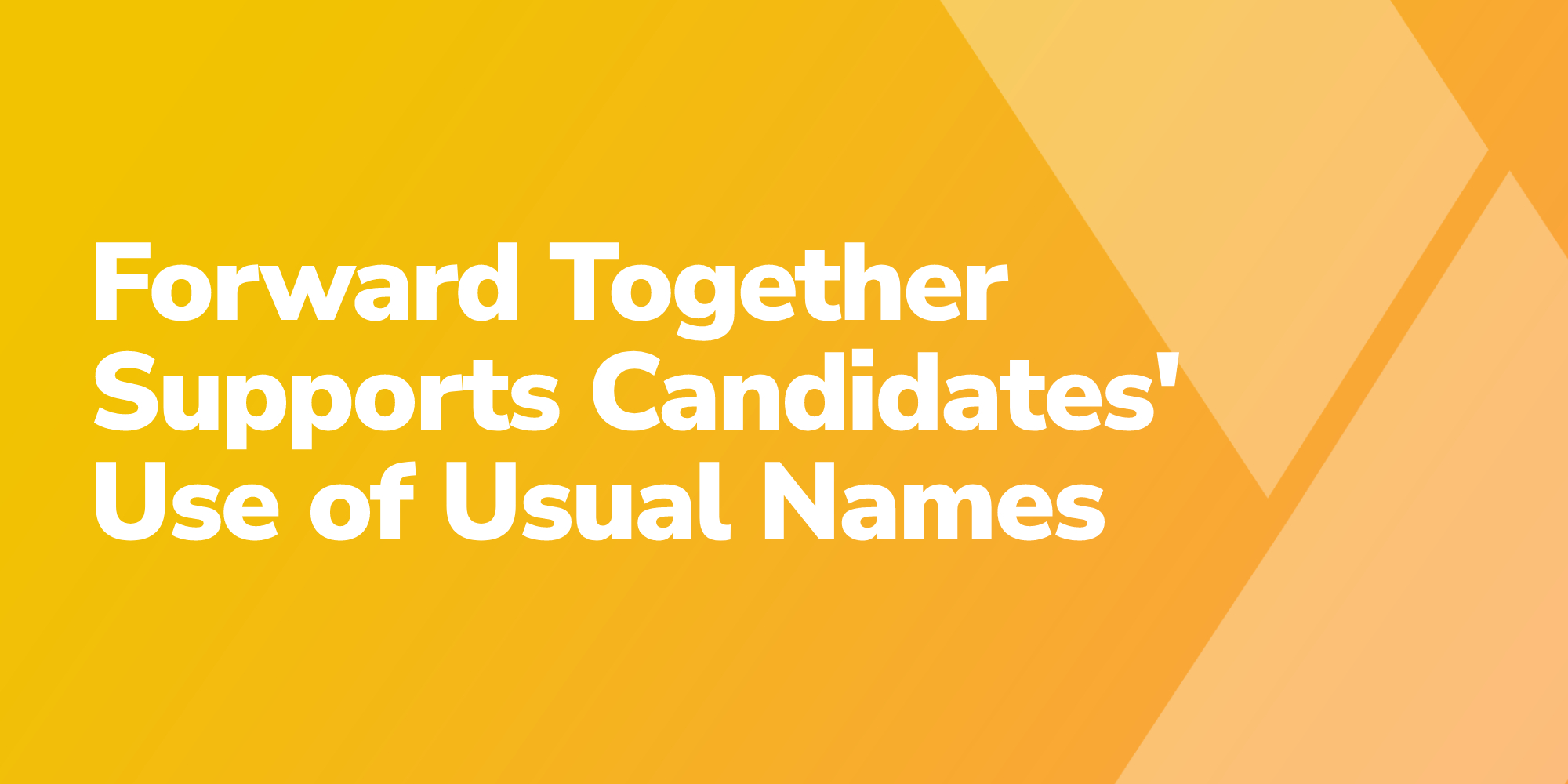 VANCOUVER, BC; September 14, 2022 – Representatives from Forward Together will be in Provincial Court on Thursday, Sept. 15 to challenge a petition brought forward by the City of Vancouver’s Chief Electoral Officer that would ban the use of all usual names in languages other than English on the municipal ballot in this fall’s civic election.

“Candidates from communities that use languages other than English are often widely known by their usual names in those languages,” said Forward Together executive director Mark Hosak. “The City of Vancouver’s Chief Electoral Officer has petitioned the Provincial Court to remove all usual names from the ballot. We will be vigorously defending our council candidate Tesicca Truong’s right to use the name she was given at birth on the ballot.”

“In a city as diverse as Vancouver, candidates might identify with and be recognized by a number of names,” said Truong. “It is extremely disheartening to have candidates’ non-English usual names removed from this fall’s municipal election ballot.”

“My name was given to me by my grandfather when I was born, and I use it in all my personal and professional communications,” said Truong. “This petition threatens to strip candidates of their identity, and their recognition among large groups of voters.”

Forward Together supports the right of all candidates to use their usual names on the ballot and is hopeful that this petition will not adversely affect voters’ knowledge and democratic expression in this election.