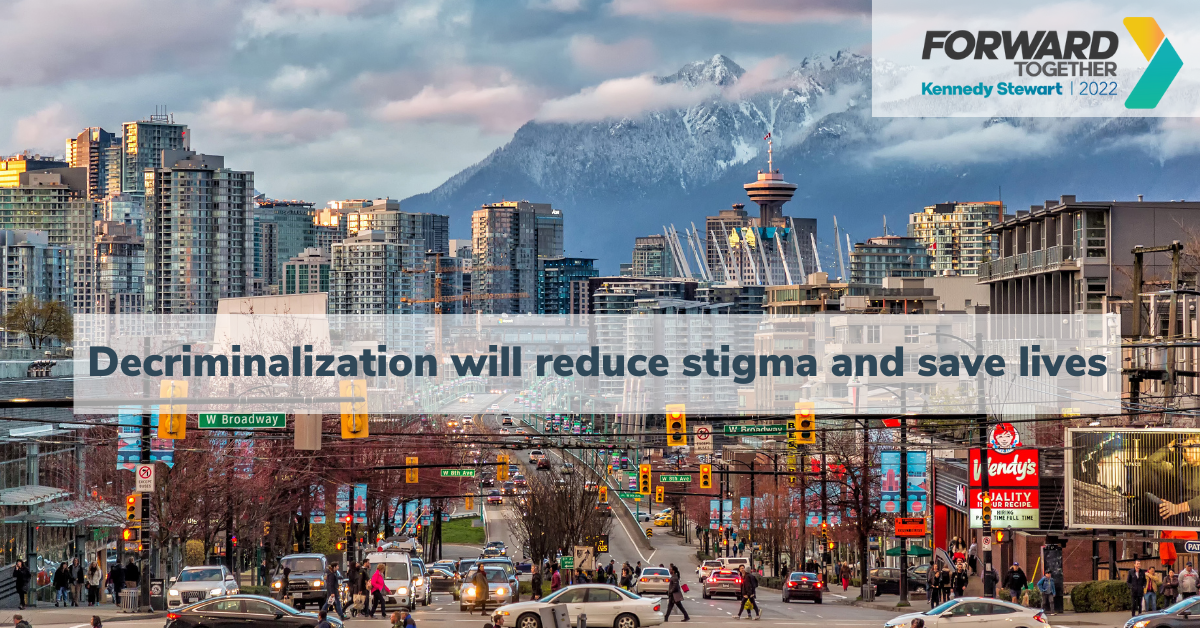 “I am deeply thankful the Province of British Columbia has reached an historic agreement with the federal government to save lives by decriminalizing the simple possession of drugs here in Vancouver and across the province.

I am so incredibly heartened to say this agreement today, granting such an exemption, marks a new approach to tackling the poison drug crisis. Vancouver is ready to move ahead with decriminalizing simple possession of drugs – as soon as possible – as we work to save the lives of our family, friends and neighbours.

My first act as Mayor in November of 2018 was to form an emergency overdose taskforce. One of the recommendations was to work with Ottawa to decriminalize the simple possession of drugs and pursue a Section 56 exemption from Health Canada– just like we had secured for supervised consumption sites in the early part of this century.

The criminalization of drugs unfairly targets those who are homeless, experiencing mental health issues, racialized, or Indigenous. Decriminalization will further remove police from the lives of drug users and instead connect them to a growing array of effective healthcare services.

While today’s announcements are an incredible victory borne of the tireless work of drug users, health care experts, Indigenous community leaders, peers and front-line advocates and countless first responders, we still have more work to do to secure the dignity and health of those who use substances.

I look forward to continuing the City’s work with leaders in Ottawa and Victoria so that we can save more lives and one day bring an end to this tragic health emergency.”