COVID-19 has been Vancouver’s greatest challenge, but it can also be our greatest opportunity.

The pandemic has taught us all that secure, affordable housing is the key to keeping our city healthy and safe. 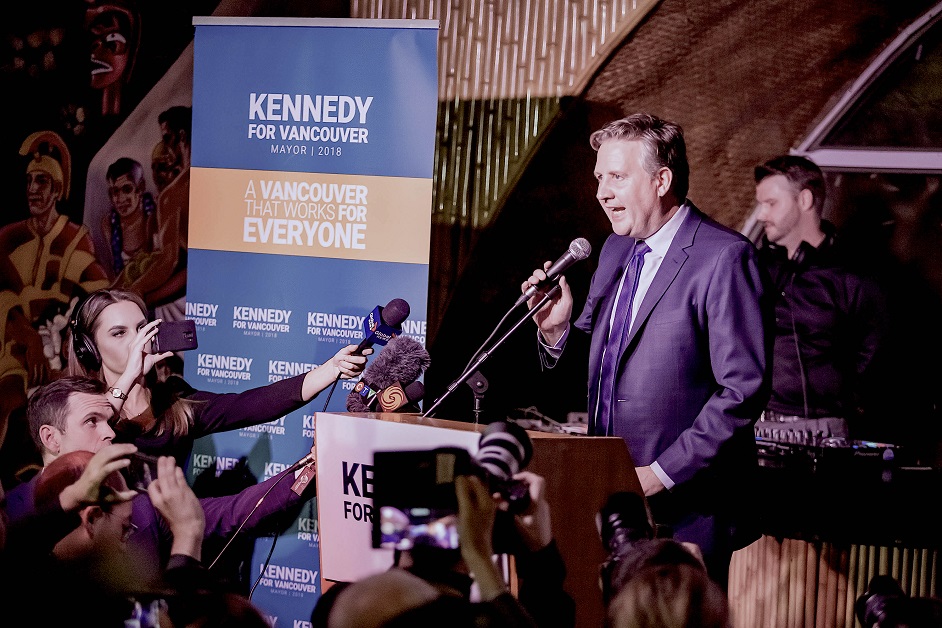 This oped appeared today in the Vancouver Sun.

Today, Nov. 5, marks my second full year as mayor of Vancouver. But I can’t help thinking about a different date: March 19. On that date, shortly after noon, I signed a bylaw declaring Vancouver’s first-ever state of emergency in response to the COVID-19 pandemic.

That afternoon, I knew the hard-fought progress we had made as a city on housing and overdoses over my first 18 months as mayor would be threatened by a global pandemic that presented a challenge greater than any we have ever faced. However, I also knew that we would overcome this challenge, and even emerge stronger than before, if we stick together and follow our current path.

Starting that day, keeping the infection rate as low as possible has been my main concern. Our strong performance, compared to other cities, can so far be attributed to strictly following the advice of our provincial and local health officials — and the amazing cooperation of our residents and businesses.

Our performance is also due to fast action by our brilliant city staff who have worked hard to enable kilometres of slow streets, extra space for sidewalk queues, and over 400 temporary patio permits to support small businesses. Staff also worked to protect our most vulnerable residents by opening emergency shelters in community centres, establishing meal delivery programs, and coordinating personal protective equipment for frontline workers.

Despite this hard work, strict physical distancing orders greatly reduced our shelter capacity and prohibited overnight visitors in Vancouver’s approximately 7,000 single-room-occupancy hotel rooms. Not only did this lead to a clear and sudden rise in visible homelessness, it forced more people using drugs to do so alone, leading to a tragic increase in overdose deaths.

Quickly, it became clear that cities like ours across Canada did not have the financial firepower to tackle COVID-19, housing, and overdoses on our own. People heavily criticized me for acknowledging this, but I pledged to voters that I would use the knowledge from serving seven years as a Member of Parliament to secure funding from our federal government. This work is now paying off.

Within weeks, Vancouver will receive millions of dollars of Safe Restart funding I pushed to secure from Ottawa alongside my fellow big city mayors from across Canada. This is in addition to the nearly half-a-billion dollars I have secured to date for major housing investments. Finally, in terms of overdose prevention, Vancouver is at the forefront of implementing harm reduction, including “safe supply” efforts, with more help to come.

I’m proud of the partnerships Vancouver has built with the federal government during my time as mayor, but partnerships alone are not enough. Council must also do our own hard work within our own scope of authority. While I believe we are all united in fighting the pandemic, progress is less clear when it comes to housing and overdoses.

On housing, the NPA led the charge to stop my Making HOME pilot project. The pilot would have allowed up to 100 homeowners to build small multi-family homes on their single-detached-zoned lots, as long as some of these new homes were permanently set aside for middle-class households — protected forever from out-of-control prices and harmful speculation.

On the issues that matter, we cannot remain stuck in the past. The pandemic has put an enormous strain on cities all over the world, and has taught us all that secure, affordable housing is the key to keeping people healthy and safe. But I believe it has also given us an enormous opportunity as well.

I believe we have a once-in-a-generation opportunity to address the affordable housing crisis and save lives — emerging from the pandemic as a city that works for everyone. And I will fight every day to ensure it does.