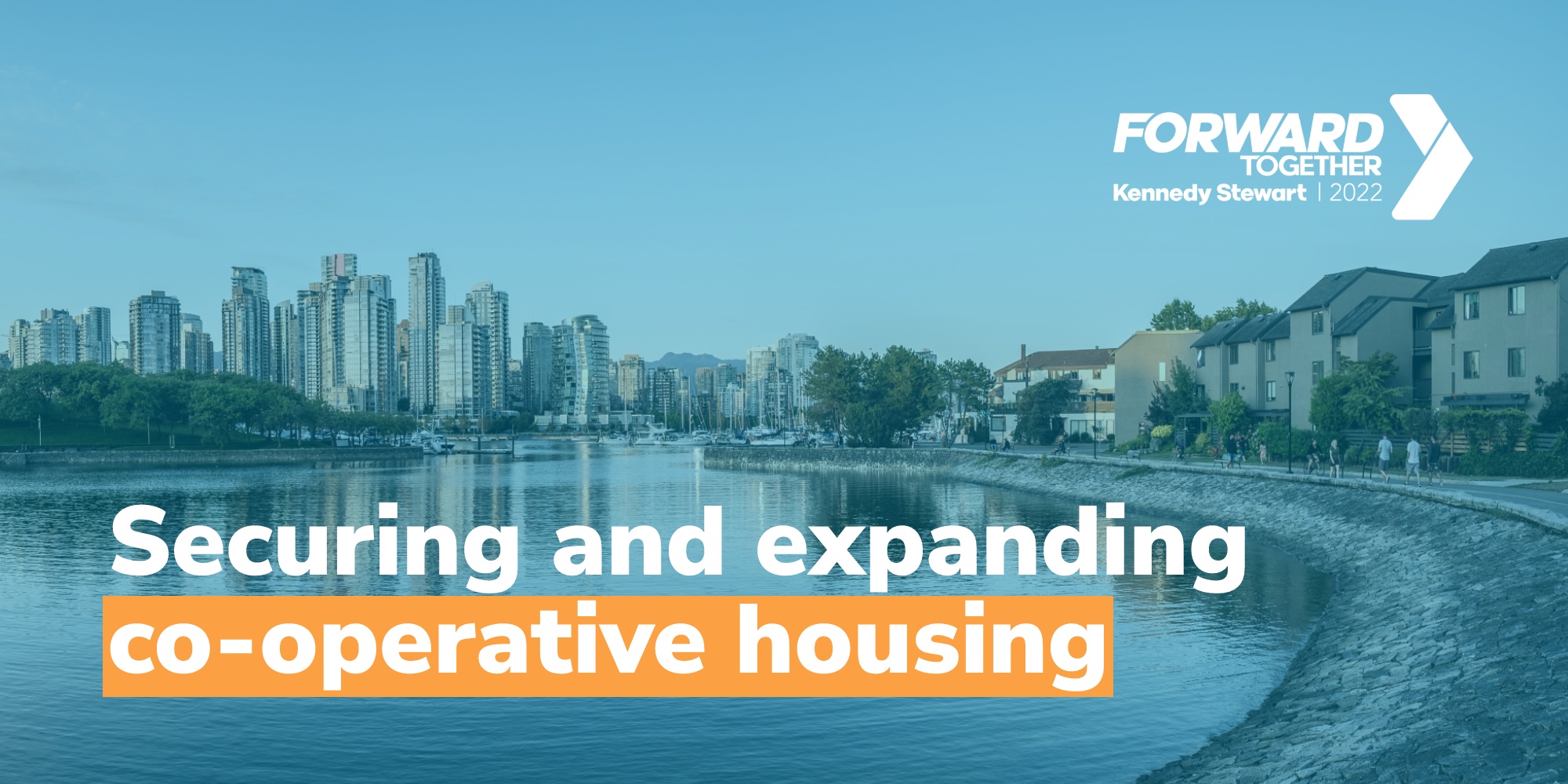 Over the past few days, we’ve heard from dozens of co-op residents about the importance of this type of housing and how co-ops on City land are one of the great success stories of affordable housing. That's why we're thrilled to supported a path forward that not only protects the co-ops we have, but the potential to build thousands more so that a new generation of Vancouver residents can benefit from the affordability and community co-ops provide,” said Mayor Kennedy Stewart.

Currently, there are 57 co-op sites on City-owned land, which provide more than 3,700 affordable homes. This new agreement provides security to existing coops and will help expand this essential type of housing to help fight the housing affordability crisis.

Mayor Stewart continued, “We are grateful to the Co-op Housing Federation of BC and the co-op representatives who have worked with us on this proposal for more than four years. Thanks to their housing leadership and the hard work of City staff, we're ushering in a new golden age for co-ops that will benefit Vancouver for decades to come.”

Find out more about this historic agreement here. Together, can move our city forward and make Vancouver work for everyone.