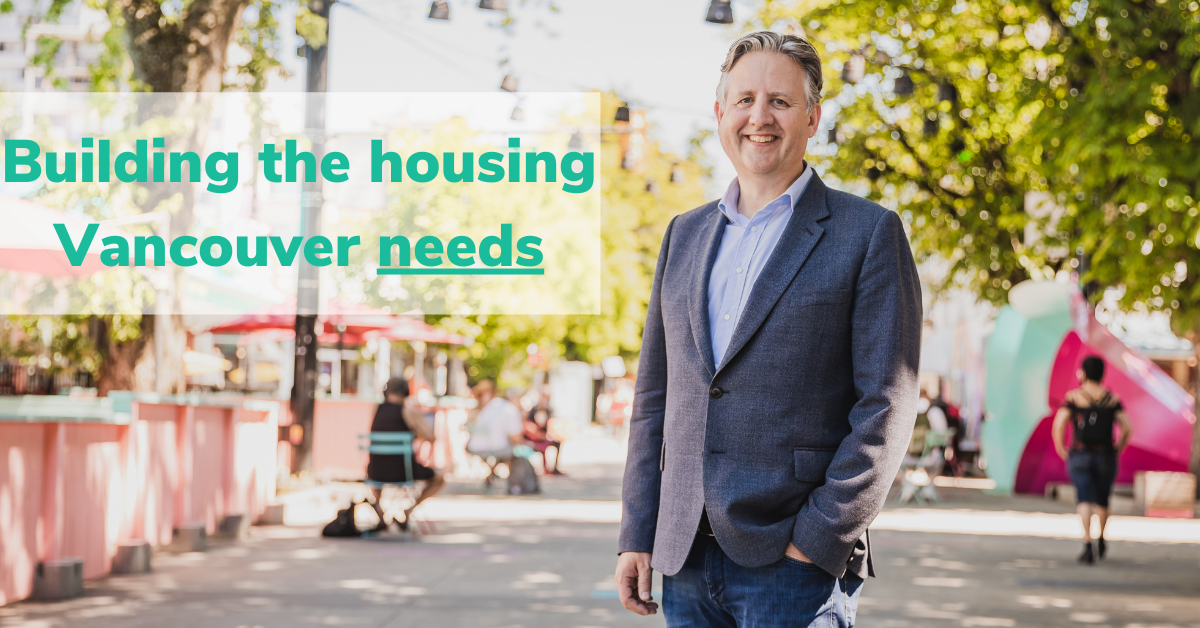 The following is a statement from Mayor Kennedy Stewart after Council supported his plan to clear Vancouver’s development backlog while shifting away from condos built for speculators and toward the right supply of housing:

“To lay the foundation for a fair and just recovery, we are moving toward building more affordable housing and an economy that works for every Vancouver resident, not just the privileged few.

“Every year, proposals to build more affordable housing or good paying jobs get stuck in layer-upon-layer of often conflicting and outdated policies introduced by past Councils. This has resulted in a backlog with many good applications deserving a fair hearing by your elected representatives never making it to the council floor.

“That needs to change. And on my initiative, it has.

“City Council has approved a new approval process that ensures housing and development proposals that often languish for years behind closed doors will now come before the public and councillors in a fair, open, and transparent hearing - with an overall goal of clearing our existing backlog of project proposals and keeping it cleared.

“More importantly, Council has built in new conditions to shift proponents away from condos built for speculators and toward rental, social, cooperative, and supportive housing as well as owner-occupied homes for first-time buyers that advance the principles of reconciliation, jobs, sustainability, and cultural amenities.

“These changes which shift control from civil servants to council and encourage for-profit and non-profit housing developers to build more of the affordable housing we need. This is good for residents struggling with high housing costs. Good for our economy. And good for our city.”